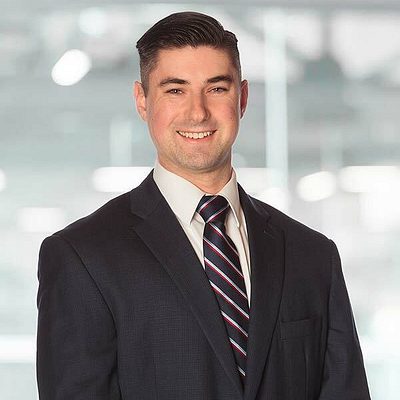 June was another difficult month for the markets. As we begin the second half of 2022, a new global economic outlook and policy picture has taken shape. We remain defensive and cautiously optimistic. Here’s what could be on the horizon.

Decades ago, famed economist Paul Samuelson facetiously wrote, “The stock market has predicted nine of the past five recessions.” Fresh market fears of a Federal Reserve policy mistake may start to become a self-fulfilling prophesy. We have entered a new regime of uncertainty amidst tighter monetary and fiscal conditions. Despite last week’s bear market bounce, one of the best weekly rallies Wall Street has seen in years, June was another difficult month for the broad markets. Most market indexes were down ranging from 8-10% domestically and internationally.

Much of the pain was due to the U.S. Central Bank responding to yet another surprisingly high inflation print, deciding it was time to front load interest rate hikes and proceed with quantitative tightening. Other central banks are following suit after more record inflation, albeit at different speeds. The Federal Reserve raised their key policy rate 75 basis points (.75%) in the middle of the month after their scheduled FOMC meeting. Up until last month, there had only been two smaller rate hikes and an announcement of balance sheet run-off. Treasury yields rose substantially across the yield curve at a break-neck pace. The curve flattened and inverted at several key benchmark maturities. The 10-year Treasury yield jumped to almost 3.5% before falling back closer to short-term yields in anticipation of slowing growth and peak inflation.

Internationally, the lone bright spot was China, as positive investor sentiment propelled Chinese stocks to their best monthly performance since mid-2020. Tailwinds for the bullish narrative include Beijing's and Shanghai's exit from COVID lockdowns, expectations of fiscal and monetary easing, and hope that the crackdown on technology companies was subsiding.

The rest of Asia has struggled along with the Eurozone. European Central Bank President, Christine Lagarde, noted that the economic region will “not be going back to low inflation” in speaking at the latest ECB forum. For as hard of a job the Federal Reserve has here in the States, the ECB has it even harder with still very low interest rates and even higher inflation as they grapple with energy dependence on Russian oil and gas. They are taking a more gradual approach to raising rates, with a much weaker economy. Oil was set for a monthly decline, but energy prices are still way too high globally to be sustainable.

U.S. dollar strength has been ongoing and with higher interest rates, the greenback continues to attract demand. This is hurting other currencies, with the dollar essentially exporting inflation to other countries as they pay more for dollar-denominated debt and goods. Russia technically defaulted on its foreign debt for the first time in over 100 years, but with sanctions and global isolation, this was widely anticipated. Contagion fallout for investors that occurred with the Russian Ruble crisis in 1998 is not expected.

Back at home, quantitative tightening has begun which is the process of the Fed unwinding its bond holdings, allowing bonds to mature, thus putting upward pressure on longer term yields. The consequences of reversing quantitative easing are already starting to show. Home sales are slowing as mortgage rates have essentially doubled. Consumer sentiment, spending, and confidence came in below estimates and are heading lower. Manufacturing and producer cost inflation prints are showing signs of peaking and should lead to lower consumer inflation. Yet, the war in Ukraine continues to rage on and is not helping the inflation situation globally, especially in Europe. Geopolitical risks abound. Slower consumer spending may ease inflation slightly, but supply chain woes are expected well into 2023.

The headwinds from war-induced inflation, an ongoing shortage of labor, and now a much more aggressive Fed determined to slow growth has markets and main street in a sour mood. Stagflation (higher prices and slower growth) and market liquidity are starting to weigh on investors’ minds. Much of the damage is priced into equity markets, though we expect more volatility heading into the end of the year. Earnings guidance has been lowered substantially incorporating much higher cost and wage inflation. Focus on fundamentals and strong balance sheets will be paramount and can be seen throughout our portfolio exposure.

The Fed will remain data dependent and markets are responding quickly, so trying to time this volatility is a fool’s errand. Instead, we will continue to utilize the depressed prices to deploy cash for the long run, increasing our small cap and international equity exposure in a targeted way (specifically emerging markets) but staying defensive across all asset classes in terms of quality balance sheets and sector exposure.

Paul Samuelson’s rival in economic theory and debate, Milton Friedman, once said, “inflation is taxation without legislation.” Yet, legislation via COVID support and infrastructure spending packages have contributed to inflationary pressures. The fiscal stimulus has contributed to short term growth, but the US debt-to-GDP is over 120% as that stimulus runs dry alongside tighter monetary policy.

How will the U.S. tackle this debt?

The servicing of this debt will become almost impossible over decades to come without more tax revenue, lower long-term interest rates, or printing money. This points to slower real growth and a natural cap to longer dated bond rates, despite the Fed bond balance sheet run off. There should be institutional investors looking to snap up and lock in higher bond yields at the intermediate to long-end of the yield curve as the Fed’s monetary regime transitions.

With this in mind, we will look to utilize a barbell fixed income strategy, ultra-short duration paired with longer dated maturity bonds, lowering high yield exposure for investment grade and treasury bond strategies. For tax efficiency, we will employ intermediate to long-term municipal bond exposure where appropriate as we see value in this area. If the yield curve flattens and eventually inverts, it makes sense to be invested in quality and not just for stocks, but in bonds as well. This defensive posture is our favored position regardless of whether we dip into recession as slower growth is the consensus base case.

Still, there is nothing overly alarming or structurally wrong with where the financial markets stand, unlike the 2008 financial crisis. The Fed is essentially telegraphing its intentions of slower growth and removing the froth. If anything, market participants seem to be happy that they are finally normalizing rates and appear to be hell bent on reining in inflation. The anticipated future policy and terminal inflation rate forecasts were updated to more realistic levels at the latest Fed meeting.

Unfortunately, the real problem that remains is the broken supply chain. The gap between the current policy rate and consumer inflation has never been higher. Until supply chains are stabilized and labor productivity strengthens, some degree of inflation will most likely persist defying Fed Chairman Jerome Powell & Co’s best efforts. The stock market may help their cause. Historically, when we reach bear market territory, disinflation does tend to occur as consumers spend less and tighten their financial belts.

It has been a brutal first half of the year, geopolitically and in global markets, after such strong performance and relative calm throughout the pandemic. Nonetheless, as we have mentioned in the past, bear markets are natural occurrences in otherwise healthy economic conditions. We may be in the eye of a monetary policy storm, but our portfolios have benefited from our already defensive, inflation-sensitive positioning.

We will continue to actively monitor markets as we transition towards the end of this business cycle and adjust accordingly. We hope for nice weather on your vacations and holiday weekend, but if not, do not let it get you down. Storms pass, and so will the current market volatility eventually. We are here for you as it passes.

Enjoy your 4th of July!