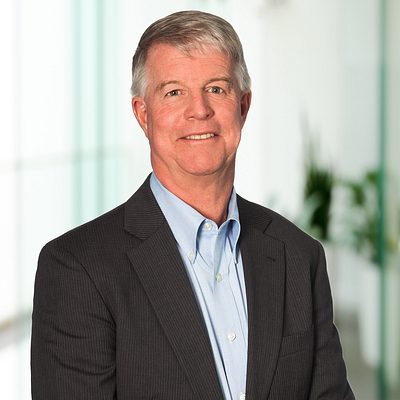 As the world continues to feel the impact of the coronavirus outbreak, the economy seems to be on the upswing…but there are still some uncertainties surrounding states reopening, rising stock prices and the upcoming election. Here are our thoughts.

After a sloppy first two weeks of May when stocks took a quick 4-5% dixie, hopes for a sooner-versus-later vaccine - or multiple vaccines - for the virus changed the dynamic entirely. Buoyed by the back-story that with a vaccine comes an economic all-clear signal, traders left the mega-cap technology stocks behind and piled into more economically sensitive industries and sectors. The biggest beneficiary was financial services, most particularly regional banks which rallied well over 20% from the May 14 lows. Also up well into double-digits were transportation, home-builder and materials stocks. As we approach Friday’s month-end close, a fully diversified equity portfolio will have gained nearly 5% for May.

Recovery on the immediate horizon? Not likely.

This huge move on Wall Street certainly contrasts with the dismal economic activity on Main Street. Even with some modest uptick in business due to all 50 states now having instituted some degree on re-opening, only the most “Pollyanna-ish” can regard the data as anything remotely approaching an incipient recovery. Sure, TSA run-throughs at major airports have tripled, but from down 96% to down only 87%, from a January baseline. The regional Purchasing Manager Indexes (PMIs) have seen strong percentage bounce-backs in May but are still horrific when looked at in a longer-term context. That noted, today’s May Chicago PMI level of 32.3, the best proxy in my opinion for the state of heavy industry, showed a drop even farther from that of April’s 35.0, plumbing lows not seen since March, 2009.

What’s the status of the National Labor Department unemployment report?

Of course the most high profile of economic data series is the national Labor Department unemployment report, which for May will be announced a week from today on June 5th. After running solidly in the mid-3% area for many months, this rose to nearly 15% in April. After four more weeks of initial jobless claims upping the total to more than 40 million, this seems likely to be reported up to and perhaps well above 20%. Ugghhh!

When all is said and done, it is highly likely that GDP in Q2 will have dropped perhaps as much as 25% versus that from 2019. Some pundits are forecasting even a larger drop. With the most optimistic prospects for a vaccine not until mid-Q3 at least, it is likely that aggregate economic activity will continue to be highly depressed for most of the rest of 2020.

However, that hasn’t stopped stocks from making the aforementioned resurgence back in S&P 500 terms to less than 10% from its mid-February all-time high.

This is hardly the first time stocks and the economy have massively diverged and it won’t be the last, but it is important to try to square these circles to try to determine the best course of portfolio action ahead.

What is the best course of portfolio action ahead?

First, let me expound on a basic principle of mine when it comes to markets and underlying fundamentals. If one can fully, or largely anyway, understand the reasons for the divergence, or even the convergence as we had only a few months ago, one can then more easily make a determination as to whether to agree or disagree with the markets’ ongoing conclusion. If you can’t make head nor tails of it, then you must respect the market’s conclusion and never go against it. This is most especially true for individual stocks but also applies for market index levels. I can’t tell you how much trouble I have avoided over the years by staying true to this principle.

Not to sound like a broken record from several immediate (and even not-so-immediate) past updates, the undeniable prime catalyst behind the rally has been the ‘Don’t Fight the Fed’ factor. When the Central Bank is printing money, especially when the economy doesn’t want or need it, the higher-octane traders on Wall Street will happily gorge upon it. This has been exacerbated by overflowing fiscal stimulus, in the form of actual, real cash sent to households and businesses which have still largely ended up as deposits in the banking system.* As a rule of thumb, in all but the most risk-averse of circumstances – such as February 12 to March 23 – capital will always flow to its point of highest perceived return. With stocks ablaze since that low, this has been, so far anyway, ‘Don’t Fight the Fed’ writ very large.

Another undeniable factor has been the furtherance of the economic recovery back-story.

It’s hardly my base case (as I will elaborate on below) but the ‘v-shaped’ return to early Q1 normalcy cannot be dismissed completely as a possibility. Nor a fairly shallow ‘u-shape’. Or a square root. Or a Nike ‘swoosh’. Since there is also an undeniable ‘wealth effect’ from rising stock prices that will absolutely at some translate into higher confidence and therefore higher spending and investment, one can’t fully discount the opportunity for a ‘virtuous cycle’ to take effect, sooner rather than later.

As an aside, since 2020 is indeed a presidential election year, this very positive narrative has already begun to be widely disseminated from the current incumbency. Whether it truly develops or not, it will be continually shouted from the broadcast and ethereal rooftops, and likely eventually from the physical rooftops, such that it might actually become its own self-fulfilling prophesy.**

I’m in the recovery camp of what I referred to on our May 14th webinar as (with full attribution to a recent cover story in The Economist) the ‘90% Economy’, in which all major developed economies undergo a strong recovery but fall short of the prior high-water mark. There will be forecastable and unforecastable changes to our economic lives after the virus fades, some small but some quite large. As a major financial factor, I can’t imagine there won’t be some significant increase in our aggregate savings rate, up from the immediate past 8% to the low double-digits, as we collectively allow for even more future economic uncertainty. If that’s even partially right, purely discretionary expenditures, most especially in highly labor-intensive leisure and hospitality, will take a massive hit. Even for the upper income classes, it might be one less day at Disney, or vacation by automobile instead of by airplane. Millions of jobs may not come back any time soon, maybe ever. Eventually, all those jobs and more will be created and filled in new, perhaps not-yet-thought-of, endeavors…but that process takes years, not months.

Over time, of course, the economy will fully metabolize these changes and then adapt. And then once fully re-booted, perhaps as early as this time next year, it will again grow well above prior highs. And so will stock prices. I truly look forward to the next secular bull market of the 2020’s, starting perhaps very late this year or sometime in 2021.

As Wall Street finishes the very solid month of May, it is being forced to face at least some resurrection of anti-China sentiment and consider how that might negatively affect global economic forces and therefore any short-term recovery potential. I believe the fractional stock price weakness the last two days of May can be mostly attributed to this. Perhaps this will remain essentially a side-show with no sustainable market impact. But perhaps not.

Too much optimism = disappointment?

Back to the moment. Since this is not a ‘v’, shallow ‘u’, square root or even a ‘swoosh’ scenario, I worry that too much more optimism, already reflected in this recent 35% (from the March 23 low) rally, will lead to investment disappointment. I believe I understand the divergence, and I choose for the moment to disagree with the market’s current state of high optimism. We remain cautious, even after this big rally, allowing for plenty of dry powder in client investment portfolios. We have the defense on the field. This rally may indeed have further to go and I will happily cheer it on, as we are certainly well-invested in a high quality and well-diversified equity portfolio at a percentage weighting appropriate to each individual client, but discretion is in my opinion still the better part of valor. Maybe I’ll be proven wrong...but I don’t think so right now.

Your questions and concerns are always of importance to us. Please don’t keep them a secret! Thanks again for your confidence!

*To update an aphorism first attributed to the late Illinois Senator Everett Dirksen who supposedly said on a Johnny Carson show in the mid-‘60s, ‘a billion here, a billion there, pretty soon you’re talking about real money’. Multiply that by a factor of a thousand for this day and age. The Federal Reserve’s balance sheet – maintained for years up until the Great Financial Crisis of 2008-09 at around $1 trillion or so – has recently expanded from below $4 trillion to over $7 trillion last week.

**Of course, whether that recovery benefit accrues politically to the incumbent or to his successor is the political $64K question. The economy had well recovered from the 1991 recession by November of 1992. But that didn’t stop the ‘It’s the Economy, Stupid’ narrative from making President GHW Bush a one-termer. Twelve years earlier, President Carter had endured the exact same fate for essentially the exact same reason. One can draw one’s own conclusions about the economic impact on the 2020 race.