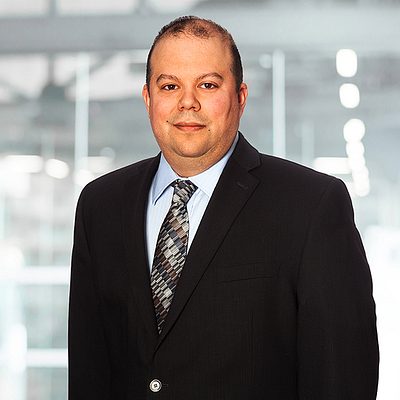 Are you a Government Contractor with a PPP loan and worried about “double-dipping”? If so, let’s take a look at the most recent guidance on how PPP loan forgiveness and government contracts interact.

Is forgiveness under the PPP considered double-dipping?

In the beginning, many government contractors began to question whether or not forgiveness under the PPP should be considered double-dipping. The Department of Defense was the first government agency to take a position on the matter in their FAQs on Section 3610 of the Cares Act in Question 23 –

Please confirm that neither the FAR Credits provision, FAR 31.201-5, the credit provision in the Allowable Cost and Payment Clause, FAR 52.216- 7(h)(2), nor any other FAR or DFARS provision imposes an obligation on a contractor to credit any amount of a Payroll Protection Program (PPP) loan that is forgiven to any flexibly priced government contract or subcontract. We consider a contractor that has received a PPP loan will use the loan proceeds as it would any other funds in its corporate treasury to pay costs of doing business.

DOD Answer - We disagree, any PPP loan that has been forgiven necessarily can be treated as though it belongs to the company to use as it pleases. FAR 31.201-1, Composition of Total Cost, states that total cost is the sum of the direct and indirect costs allocable to the contract less any allocable credits. Accordingly, to the extent that PPP credits are allocable to costs allowed under a contract, the government should receive a credit or a reduction in billing for any PPP loans or loan payments that are forgiven. Furthermore, any reimbursements, tax credits, etc., from whatever source that contractors receive for any COVID-19 Paid Leave costs should be treated in a similar manner and disclosed to the government.

Important to note here is that not only did the DOD establish that PPP loan forgiveness needs to be considered when looking at the concept of double-dipping, but also COVID 19 paid leave credits such as those available under the Families First Coronavirus Act. Since the DOD has established its position on PPP loan forgiveness, the Department of Transportation (DOT) has issued a memo (click here) consistent with the DOD’s position.

Also important to note is that the House Small Business, Subcommittee on Contracting and Infrastructure held a meeting this past March discussing the issue. Although no positions were determined at this meeting, the committee noted how guidance across all government agencies needs to be consistent. We would expect more guidance to be coming on this area in the months ahead.

So let’s look at some of the most frequently asked questions we get from government contractors.

Question - Can I only report non-government contract-funded wages and expenses on my PPP loan forgiveness application?

Question – So if I have to report all wages, how do I avoid double-dipping?

Although clear guidance in this area has not come out, it would be reasonable for government contractors to allocate wages internally to segregate PPP-funded wages vs. government contract-funded wages, which is a requirement they must follow as a government contractor. The IRS solidified this concept when it issued Notice 2021-20 which addressed how the PPP and the Employee Retention Credit (ERC) interact. (click here to see our blog on this topic). The notice establishes that although a PPP loan recipient may report wages in excess of their PPP loan amount on their forgiveness application, only the amount of wages needed to receive loan forgiveness needs to be considered when evaluating the interaction between the ERC and PPP.

Again, no clear guidance in this area has been released, and the above recommendations cannot be relied upon as authoritative guidance.

Question – I am a government contractor who receives 100% of my revenue from government contracts, and I received the full amount of loan forgiveness. This resulted in a reduction of my indirect cost rate, affecting my revenues in an amount greater than my PPP loan amount. What do I do?

It is important to note that as of the date of this update, only the DOT has expressed this opinion. At this time, it's unknown if other government agencies (i.e., DOD) will take the same position. This highlights again the need for consistent application across government agencies and the many unknown issues facing government contractors.

While the focus of this article is the for-profit sector, the same principles and concerns apply to any organization that does work for the government under any contract or grant arrangement. The above recommendations apply to nonprofit organizations as well.

As we have advised from the very beginning, the most important action PPP loan recipients should take is to maintain a due diligence file that documents, among other items, the date and any positions that a PPP loan recipient takes where the guidance is unclear or they were unable to find an answer. Any positions in this area should be well documented in case they are ever questioned. Click here to read our blog discussing what to maintain in your due diligence file.

Navigating through all of the information and programs available to impacted businesses may be overwhelming. KLR advisors are available to assist as you navigate the best path forward.