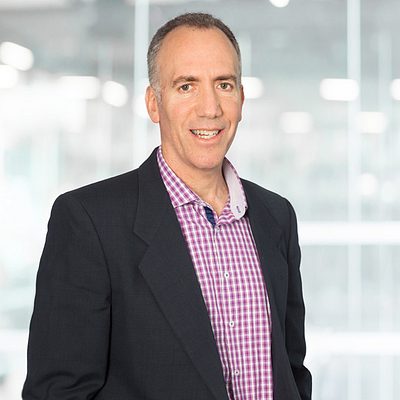 Due to a drafting error in the final version of the TCJA, qualified improvement property (QIP) isn’t eligible for bonus depreciation. How will this impact your business?

As the 2021 year-end will be here before you know it, part of your year-end tax planning should be 1) to review fixed assets placed in service during 2021 to ensure you are claiming the most favorable depreciation deduction, and 2) are you considering additional fixed asset purchases, and if so, it might make sense to acquire and place the assets in service before year end. The recent Taxpayer friendly depreciation rules could provide significant deductions thereby reducing taxable income, which obviously translates to less tax. Below is a recap from some of our recent blogs about the changes and updates to depreciation that could be beneficial to you as you complete 2021 year-end tax planning.

To Expense or Not to Expense?

For income tax purposes, businesses can deduct their ordinary business expenses. But certain expenses — such as the cost of investing in machinery, equipment and other long-lived assets — can’t be immediately deducted. Instead, these costs generally must be capitalized (reported on the balance sheet), and then depreciated (expensed gradually over their useful lives). As a result, capitalizable assets with longer Modified Accelerated Cost Recovery System (MACRS) recovery periods are often sold or retired before they’re fully depreciated.

Over the years, lawmakers have used Section 179 and Bonus Depreciation deductions to encourage businesses to invest in these types of assets. These provisions of the tax law allow businesses to immediately expense an asset (or a large portion of its cost) in the year it’s placed in service.

Quick Reminder on Bonus Deprecation and Related Corrections, and Section 179

Under the Tax Cuts and Jobs Act (TCJA) 100% bonus depreciation is allowed for qualifying new and used assets with recovery periods of 20 years or less that are placed in service between September 28, 2017, and December 31, 2022. The bonus depreciation percentage will begin to phase out in 2023, dropping 20% each year until it expires at the end of 2026. (The phaseout reductions are delayed a year for certain property with longer production periods and for aircraft.)

If you recall, qualified improvement property (QIP) wasn’t eligible for bonus depreciation, due to an error when drafting the final version of the TCJA. This was not Congress’s original intent. However, a provision of the Coronavirus Aid, Relief, and Economic Security (CARES) Act signed into law on March 27, 2020, retroactively changed the classification of QIP from 39-year property to 15-year property, thereby making it eligible for first-year bonus depreciation.

As a friendly reminder, because the correction is retroactive, it can reach back to apply to any QIP placed in service after December 31, 2017. This presents the following favorable opportunities for qualifying expenditures you’ve already made:

Under recent IRS guidance, to change depreciation of QIP placed in service after December 31, 2017, you may file an amended return or a Form 3115, “Application for Change in Accounting Method.” Doing so should result in a lower federal income tax bill for the tax year the QIP was placed in service or the year the Form 3115 is filed to claim the additional depreciation deduction.

Under the CARES Act, most businesses now have the choice to either:

S179 - For assets placed in service after December 31, 2017, the TCJA increases the Sec. 179 deduction from $500,000 to $1 million annually and increases the asset acquisition phaseout threshold from $2 million to $2.5 million. Both amounts are to be adjusted annually for inflation.

There are also more assets qualify for the Sec. 179 deduction under the TCJA, including:

However, building improvements don’t qualify if they’re attributable to:

Lastly, if you purchased a property or incurred significant improvements to an existing property, consider a Cost Segregation Study. A cost segregation study is an analysis of the capital expenditures or investment made in a residential or commercial building, such as a manufacturing facility, apartment building, restaurant, medical office, retail store or office building. CSS’s can potentially save property owners thousands of dollars over multiple years. The savings come through properly allocating costs between real property and personal property for tax depreciation, which means depreciating certain components of your non-residential property over 5, 7 or 15 years rather than 39 years, and the 5, 7 and 15 year property is then eligible for immediate Bonus Depreciation.