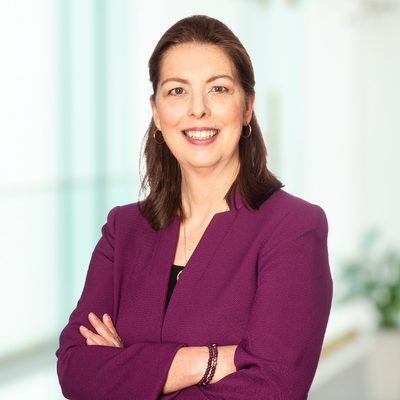 As KLR begins our final 2019 planning season, we want to remind you of a new Rhode Island elective pass-through entity-level tax effective for tax years beginning on or after Jan. 1, 2019. The tax must be paid by December 31, 2019 to be deducted in 2019, so you may have some planning to do before year end.

What is the pass through entity tax?

Under new legislation passed with Rhode Island’s 2020 budget, an eligible pass-through entity may elect to pay Rhode Island state income tax at the entity level at the rate of 5.99%. With this election, the Company is paying the entity-level tax on behalf of both its resident and nonresident owners.

This may allow the Company a full deduction for the Rhode Island state taxes against the apportioned Company income rather than the owners paying the tax individually and being limited to the current state and local tax (SALT) limitation of $10,000 on Form 1040, Schedule A.

*The example included below illustrates the tax savings that could result from making the election. (Please note the example is for 1 partner with 50% ownership, the total benefit would be the amount noted below times two.)

The tax must be paid by December 31, 2019to be deducted in 2019 and the Company will report the pro rata share of the entity-level tax paid on the Schedule K-1 as a refundable tax credit for the owner to report on their RI individual income tax return. Additionally, given the state’s late advisory, if an entity did not make estimated payments in 2019 with regard to the new tax, the Division of Taxation will not impose a charge for underpayment of estimated tax for the 2019 tax year only.

When determining the corporate level tax to be paid, the entity cannot reduce the tax by any payments already made by or on behalf of the owners. Thus, any Rhode Island resident or non-resident individual estimated payments already made in 2019 relating to the apportioned income will be refunded in 2020 when the return is filed, if they are otherwise overpaid.

This new legislation sounds like a perfect solution for taxpayers to get a state tax deduction related to their pass-through income that is in excess of the $10,000 SALT limitation. However, it should be noted that the Internal Revenue Service has yet to review this new statute. The IRS quickly implemented regulations in early 2019 to block attempts made by various States as a workaround to the SALT limitation that involved “charitable donations to municipalities.” It does seem likely they will review this new structure at some point.

Have other states enacted pass through entity taxes?

Other states have enacted similar legislation to this RI statute. Connecticut is one of those states. However, the CT provision is mandatory rather than elective. If the IRS reviews this legislation they will likely explore whether or not the payment is “ordinary and necessary,” which is a requirement for deductibility as a business expense. The fact that the Rhode Island statute is elective rather than mandatory could strengthen the IRS’ presumed position that the expense is not ordinary and necessary, and thus not deductible.

In the case of Connecticut, where the payment is mandatory, the case is stronger that the payment is ordinary ANDnecessary. While business taxes are fully deductible, the Internal Revenue Code regards all income from pass-through businesses to be subject to the individual income tax and imposes the $10,000 cap on all “state and local, and foreign, income, war profits, and excess profits taxes,” so uncertainty remains.

Has the tax been tested at the federal level?

There is some degree of skepticism within the professional advisor community which will remain until the IRS comments. This has not been tested at the federal level and there is some risk that the IRS could take an unfavorable position. If the entity makes the election to pay the tax and deducts it as a business expense on the tax return and subsequently the IRS issues guidance or legislation that the deduction is not allowable, amended Federal returns will be necessary to remove the deduction. Amended K-1’s, if applicable, will be issued to owners who would likely need to file amended personal tax returns as well. Additional taxes, penalties and interest may result.

Since timing is critical to make this election and related payment by December 31, 2019, we recommend you speak with your tax advisor as soon as possible. Ultimately, it is a decision you will need to be make on an entity by entity basis. Your tax advisor can help you in the decision making process. Contact us.