For three co-ops (aka interns), their experience was unforgettable. Read their story to learn more about life at KLR and what it’s like to start your career with us. 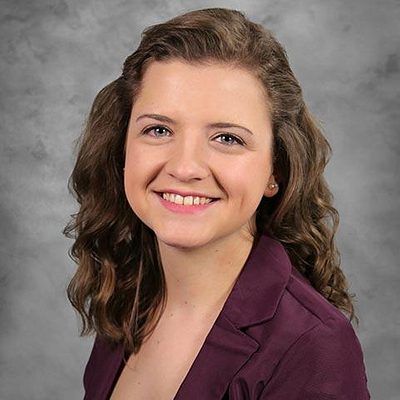 When Sean Kelly walks into a room of fresh faced college students on the first day of their Co-op/intern training, he always begins by telling them, “I don’t mean to insult you, but most of the things I’m about to say are going to go right over your head”. This stark honesty is softened when Sean finishes up his introduction, “In a few weeks, it’ll all make sense,” he says.

Sean’s proudest moments as a Co-op mentor at KLR have been the times he has been able to witness the sprouting skill and professionalism of each individual Co-op, with every hour, day, and week that passes by.

Mentoring young people at the very dawn of their professional careers is a tough job, but one that Sean feels has truly been the most fulfilling experience of his own professional career. As he proudly holds up the lighthearted, yet thoughtful gift from past Northeastern University Co-ops, a “Northeastern Proud Parent” T-shirt, it is clear that the impact he has made on his Co-ops is one that will stick with them forever, just as the impact they’ve made on him is unforgettable—to say the least.

Becoming part of the team

The initial confusion and even discomfort among the Co-ops their first few days on the job quickly diminishes as they begin asking questions, responding to feedback, and learning from their mistakes. As Sean puts it,

“After putting hours, days, and weeks of hard work into training and mentoring, it is so rewarding to see the Co-ops transform from students who have never seen a tax return into hard-working and technically proficient members of the KLR family.”

It doesn’t take long for the Co-ops to gain experience and start to really think critically about their function and the wider implications of what they are doing. “The questions they ask become harder and harder to answer,” Sean says.

Pat Darcy, Haley Evans, and Tim Benson unanimously agree that their experiences as Co-ops at KLR have solidified their interest in tax and accounting, with Pat even accepting a full time position at KLR recently. The Co-ops feel that the first-hand experience they’ve gotten at KLR has helped them realize how much they love the field they are entering.

All three young professionals appreciate Sean’s “open door policy” and his unending availability to answer any question, big or small. “Even though our co-op was tax and accounting based, we could ask Sean any question, like the proper way to word an email,” Haley remarks.

After changing his major from electrical and computer engineering to accounting quite late in the game, Pat had a lot of worries about his Co-op at KLR. “With my limited experience, I had many questions, but Sean was always extremely approachable,” he says.

These questions and live feedback from the Co-ops is what the entire program thrives on, Sean makes clear. Every year, the Co-op program is modified to reflect the experiences of past years.

Tim appreciates the experience of working during busy season. The Co-ops have appreciated the ability to get a taste of all parts of the accounting profession, “more than just intern work,” as Haley puts it.

The best part of the co-op experience? The answer is unanimously their mentor, Sean. Stretching beyond the arguably “impersonal” nature of the industry, Sean has made sure young Co-ops feel they are contributing to the business, are getting a feel for their talents and career goals, and are having a little bit of fun as well. The laidback chats that the Co-ops have had with Sean have made the experience that much more worthwhile. (Tim says the appreciation lunches didn’t hurt either!)

“Working at KLR gave me an accurate picture of what a job in the accounting profession is like. We got the chance to work with people at all levels, and it really made me feel like part of the KLR team.”

Sean is truly humbled by the positive feedback this program has given him, “When I come into the office I feel like a celebrity. I have a posse following me around looking for guidance, advice, and knowledge,” he says. As written in a thank you note to Sean that accompanied the T-shirt, “In 20 years I will look back on this experience and remember how much you out of all people made an impact on me.” The visible camaraderie between Sean and the Co-ops is something truly genuine—and as Sean says, something that has made this opportunity, “the most rewarding experience of my professional career.”

Start your career at KLR. Visit our career page to learn more about joining our team.