The (Real and True) Benefit of Active Asset Allocation: Part 2 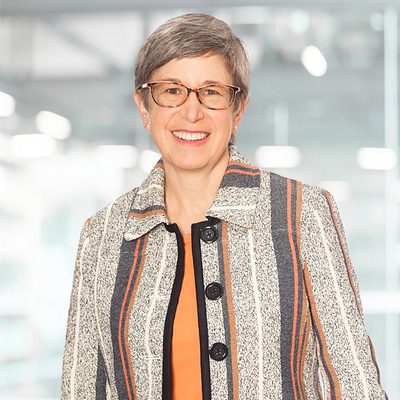 Let’s even go beyond the relative immediacy of the next 12-24 months. Nobody has ever repealed the Classic Economic Cycle before and nobody ever will. Although only visible in perfect hindsight, every point on the cycle has important implications for investment returns ahead for each asset class. A potential bear market of 2020-21 will most certainly be followed by a bull market, which itself will be followed by a bear market, and so forth.

So by itself, the ability to utilize a flexible and ‘active’ approach to asset allocation can provide significant value-added as a portfolio adjusts between greater or lesser participation in stocks during the inevitable large cyclical swings in returns. This is well worth ‘paying up’ for.

This only scratches the surface of that Real and True Benefit, however. An intuitive look at the Classic Economic Cycle will suggest that there are two chances per cycle to make that ‘big mistake’ that can tear away at Core Wealth, having too much in stocks at the top and too little at the bottom. As an aside, the latter is vastly more damaging than the former, though that is hardly the potential scenario currently. However both are inherently connected because nine-times-out-of-ten they occur in sequence…all because an investor’s unwillingness to ‘pay up’ for active asset allocation put that Core Wealth in what became an untenable position.

What usually happens to portfolios that benefit strongly during a long bull market?

To be very specific and relevant to today, and I have seen this so many times in my 38 years in Wealth Management, portfolios that have benefited strongly during a long bull market don’t re-allocate. Stocks are way, way overweight, but don’t worry (so goes the investor’s thought-process), this bull will carry me farther and farther and farther still. Riches will abound!! Who needs active asset allocation?

The markets at some point top out and begin what proves to be more than just a Q4’18-like mini-bear over a compressed time period. However, and maybe more problematic because Q4’18 was over so fast and so abruptly reversed back to new highs, the investor won’t sell, waiting for prices to recover back to those highs. The longer they wait to sell, those long-earned bull market gains grow less and less, and, even worse (and trust me, I’ve seen this), if said investor grew so attached to the bull that even more stocks were bought, perhaps all the bull’s gains and then some turned into losses. This is when it becomes untenable. Once all, or almost all gains turn south, the natural human reaction is to take action…and it’s not to buy, it’s to sell, at the now considerably lower prices( and sell a lot, not just a little). Way over-weight has now become way under-weight, and gains became losses.

What happens when the bear market hits bottom?

Then, hard to believe but true, it gets even worse. The bear market will at some point hit bottom and have a pretty good bounce. Whether it’s a too early to be investable bounce will remain to be seen but it will eventually prove to be the bull version of the ‘shot across the bow’ that becomes the precursor to a true bull market. That’s good. Except that investor is now way underweight stocks (or maybe even completely out!). Just as denial had set in on the way down, denial sets in on the way up, and it lasts and lasts and lasts some more, until finally that investor buys back in, usually at a level considerably higher than where the stocks were sold. At the end of the day, portfolio value is actually destroyed, not enhanced.

So what’s the impact on Core Wealth?

Now this doesn’t mean to suggest, even in the slightest, that active asset allocation is going to completely avoid the impact of bear markets on Core Wealth. Absolutely not, but it will do two things – 1) limit the downside bear market impact, and vitally, 2) preserve the upside opportunity during the bull that inevitably will follow.

So what is it worth?

A lot. Since I’ve been brought many after-the-fact (i.e. I wasn’t managing them) portfolios that were cut in half and then left wallowing in neutral long after the bull re-started, I can firmly state those folks sure wish they’d ‘paid up’ beforehand.

I suppose you can think of it as insurance. Nobody likes to pay the premium for a product they never want to use. Hopefully your house never will burn down, or you’ll never have an auto accident. Maybe neither will ever happen. Hear, hear!! However this kind of insurance for Core Wealth is even more important, because I can absolutely guarantee that there will be a bear market again..and another…and another.

KLR Wealth is committed to active asset allocation and capital preservation for clients who entrust us with their Core Wealth. Contact us.